On ‘On my birthday’ at the Royal Exchange

“…there are some exhilarating performances here- exhilarating not least because two of the actors – Whylie Longmore and Karen Bryson – who then quietly steal the show in Aubrey Sekabis ‘On my birthday'”.
Ben East [METRO]

“…strong cast. Karen Bryson as the abused, protective and eventually rebellious wife after her as a dead ANC officer’s daughter meeting her father’s killer in the companion play leaves the clear impression that here is one of the finest actors of her generation”.
Timothy Ramsden [Reviews gate]

On ‘Flying West’ at the Orange Tree

On ‘Flying West’ at the Orange Tree

“This strong cast revival is like the black American Three Sisters, with an enchanting performance by Karen Bryson”.
John Thacker [The Stage]

On ‘Macbeth’ at the Lyric, Hammersmith

“…there was a level of invention and expression, surprise and freshness in Karen Bryson’s Lady Macduff.”
Jeffrey Wainwright [The Independent]

“This short film is quite unique. The narrative in itself is attention grabbing enough, never mind the shocking resolution. All bring solid performances to screen, but the person who really shines through is Karen.  The awkwardness between siblings was spot on, before and after the secret is revealed with Karen portraying a rather difficult character”.

“Family Reunion is a masterpiece that makes the audience reflect on their own families. It proves that you do not need two hours to tell a strong story. Led by talented actors – Karen Bryson is simply stunning”. 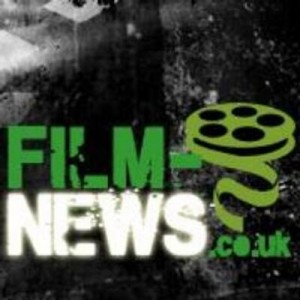 “Karen Bryson and Clint Dyer’s performances are so powerful, I’m not sure this film would have been possible without them. I’m astounded at how they managed to tell such a story in such a short space of time…the film ends on an incredibly tense and highly emotional cliffhanger that had me guessing all the way home”.

“Both Bryson and Dyer give exceptional performances and it is evident that they both connected with not only their characters but also with the sensitive subject matter itself”. 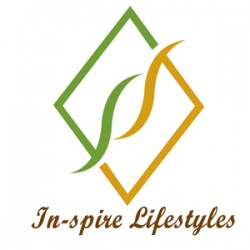 “A serious drama that unfolds at a great pace and kept me guessing at each turn. This is one of the finest acted short films I have ever seen.  The three leads of course do well, but I also want to point out that the supporting cast is also believable and effective”.

“Family Reunion is a film that keeps its cards close to its chest while slowly showing them to you one by one. It’s a dark, bold and confident piece of storytelling that asks you a lot of questions, but has the guts to not give you all the answers”. 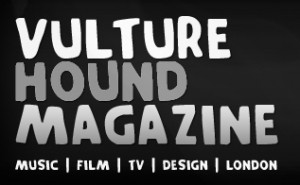 Reviews for NW by Zadie Smith Voiced By Karen Bryson

However, after reading the material provided by The Guardian Book Club I wondered if I had been too hasty in my assessment and elected to listen to the audio version. This proved a very different experience. The narrators, especially Karen Bryson, did a great job of capturing the London accents and slang as well as the stream-of-consciousness sections. As I have noted in the past I feel that this kind of material can work better in audio format. So the outcome was this second encounter revised my opinion of the novel markedly. I not only enjoyed it but could appreciate better the themes that Zadie Smith was exploring in the novel.

Zadie Smith is known for complex novels, and NW, which focuses on three characters who grew up in the Caldwell housing estate in Northwest London, is no exception. Voiced by Karen Bryson, Leah and Natalie have both become fairly successful—particularly Natalie—but have maintained varying degrees of connection to NW. She tells the women’s stories masterfully and switches accents and voices effortlessly, which is essential due to the diversity of the setting.

Author Smith says NW is about language, and I agree. Language is central to our understanding of the characters, and language defines their lives in many ways. I had the good fortune to listen to the audio of this title, brilliantly read by Karen Bryson and Don Gilet. Having access to a paper copy at the same time, I feel confident that the spoken version is an aid to clarity and understanding, and there was true enjoyment in hearing the range of vocal virtuosity by both readers. I did end up listening to it twice.

NW is challenging, but worthwhile. I am certain that the audio helped me make it through what might have been a more difficult read in print. Karen Bryson’s performance: she is practically a chameleon with voices and accents. She is able to differentiate between characters and bring them fully to life.

I listened to the audio version of NW and I thought the narration was outstanding.  It’s narrated by Karen Bryson and Don Gilet and I thought they both did a fantastic job – I wouldn’t hesitate to listen to either of them again.

Smith’s four focal characters, each one facing a conflict of identity. So many of the societal and class differences in NW are shown through nuances of voice, diction, and accent. And in this audio edition, narrators Karen Bryson and Don Gilet excel, capturing the subtleties of the many fluid dialectics in Northwest London spoken by immigrants and natives alike. The strong performances of and seamless interplay between Bryson and Gilet deftly capture the gritty day-to-day life of NW.

“So, yes, the experimental narrative makes for difficult listening, but the audiobook’s readers are very good. The bulk of the reading is from Karen Bryson, who reads both the Leah and Natalie sections. Bryson reads with a rapid neutrality in a soft and pleasant manner that is enlivened by her distinct and authentic character voices, she can move from the “street” of Caldwell’s denizens to the “received” of her chambers colleagues effortlessly. Caribbean accents are interspersed with Irish, West African, and many others”.

“I believe this book is best listened to than read”

“Author Smith says NW is about language, and I agree. Language is central to our understanding of the characters, and language defines their lives in many ways. I had the good fortune to listen to the audio of this title, brilliantly read by Karen Bryson and Don Gilet. Having access to a paper copy at the same time, I feel confident that the spoken version is an aid to clarity and understanding, and there was true enjoyment in hearing the range of vocal virtuosity by both readers. I did end up listening to it twice”.

Customer reviews via Amazon US

“They were both excellent at giving voice to the characters. It is a book about London and they perfected the accents.”

“I liked everything about Karen Bryson’s performance. She (as well as the fellow who read for the Felix section) were absolutely perfect for the rhythm and tone of the novel.”

“Amazing shifts between voices and characters.”

What made the experience of listening to NW the most enjoyable?

“I listened to this book, then read it and then listened again in order to sort out the voices and points of view. The differences between the written and read versions are well worth experiencing. I have recommended this book and reading to all my friends. Nothing less than amazing. The way it is read gives you a preview of the inner lives, but combined with the visual text, it’s astounding. I could listen to these voices forever! Amazing dialogue! You will love it and become so attached to some of the characters, you don’t want it to stop”.

What made the experience of listening to NW the most enjoyable?

“The narrator really brought the characters to life”.

What does Karen Bryson bring to the story that you wouldn’t experience if you just read the book?

“Karen Bryson turns the story into what feels like a live performance by someone who really understands and cares about each character. Her spoken use of the chapter numbers also adds to the story and my ability to see the words and events in their proper context”.